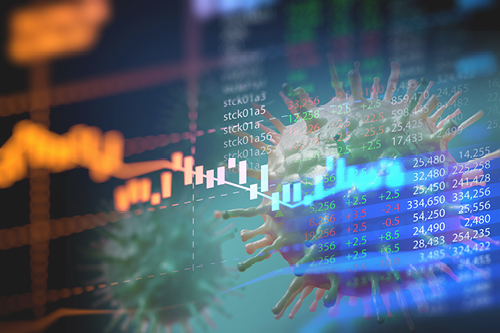 Since the outbreak of COVID-19 in early 2020, life as we know it has, for the most part, changed, and this change has also affected the gold industry and gold as a raw material. So, exactly what impact has the pandemic had on the supply of, and demand for, gold?

Although perhaps somewhat surprising, the amount of gold mined in Europe has almost doubled in the past decade with over 30 tonnes of gold being mined by 2020 in comparison to the 16.7 tonnes recorded by 2010. Despite this seemingly large jump, however, the proportion of volume extracted worldwide is still less than one percent and is, therefore, practically negligible.

What has become much more serious for the supply of gold is the various lockdowns that have swept European countries. Since most jewellers, goldsmiths and scrap gold buyers were forced to close their doors more often than they were able to have them open, the amount of scrap gold in Europe during 2020 inevitably declined, which resulted in a stark contrast to the rest of the world as, globally, one percent more old gold was recycled than in 2019, which was due to the significantly increased exchange rates.

Furthermore, the effects continued to be felt in other areas as production in the mines also fell to its lowest level since 2015. In China alone, which is attributed with the largest production levels in comparison to any other country, the pandemic forced several production stoppages. More seriously affected, however, was the demand for gold.

The most important customer for the gold precious metal industry is traditionally the jewellery sector. However, the desire for high-quality jewellery collapsed completely last year, particularly in Asia. It was even more burdensome in the largest markets of China and India, and the industry in its entirety had to cope with a 34% decline worldwide. The jewellery manufacturers in Germany, however, seemed to get off comparatively lightly as a decline of only 15% was registered.

In return, due to concerns regarding the global economy, enormous sums of money were spent on gold as an investment metal – showing once again that it lives up to its reputation as a safe haven in uncertain times. For the first time on record, more physical gold was used in investment products than in jewellery. Exchange Traded Funds (ETFs) were particularly in demand in the Anglo-Saxon region and were able to increase the stored stocks by an incredible 877 tonnes. In Central Europe, it was more physical metals such as bars and coins that were in demand with investors as 163.4 tonnes of investment gold products were purchased in Germany alone – an increase of 82%.

Fluctuations in supply and demand are generally not unusual, even if the shifts in the past year were greater than have been previously experienced. The logistical issues associated with the pandemic, which had sometimes drastic effects on availability and conditions, became the bigger problem. By far the largest share of precious metals that are sent across national borders is sent by air freight for security reasons, and the majority of this in the „belly“ of passenger planes. However, such planes have only flown sporadically since the pandemic began, and some destinations have received little or no flights at all. The result has been that although enough gold is available, it has been unable to get where it is needed. At the peak of the first wave of the pandemic in spring 2020, there were upheavals at the New York commodity exchange COMEX because not enough physical material could be delivered from London.

A similar „supply“ problem existed in the European markets as well. For the physical supply of the local markets, gold buyers have become increasingly important over the past fifteen years. However, as noted, most have been in lockdown for some time, so that source has momentarily dried up due to measures taken to contain the pandemic. The manufacturers of precious metal products, therefore, needed to look for alternatives and found them mainly at the big banks in London or the refineries in Switzerland. Both sources, however, have been more complicated to tap into than the usual local markets, especially since the large Swiss refineries had to close their doors completely due to the pandemic.

We assume that there will be further upheavals in the flow of gold in the future. However, there is reasonable hope that the greatest difficulties have now been overcome.